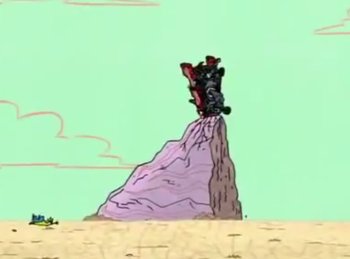 Way to go, lummox! The only rock for miles and you had to hit it!
Advertisement: