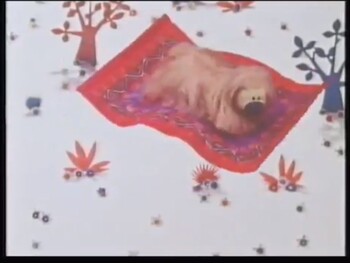 "Come in, number three, you're time is up."
Advertisement: