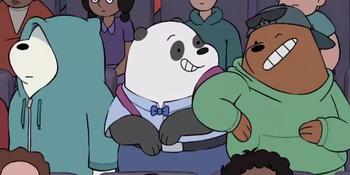 Totally college students and definitely not bears at all.