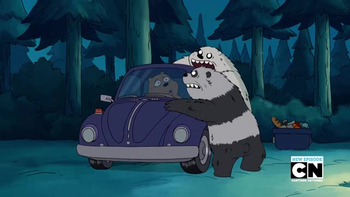 Bears Gone Primal
Even an otherwise light-hearted show about three friendly bear brothers who want to get along with everyone does have its fair share of horrifying stuff.

Spoilers below are unmarked.

Yuri and the Bear