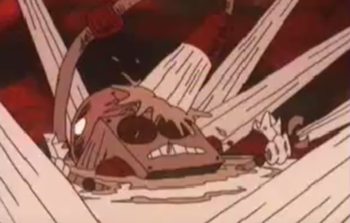 All for just taking a shower.