Awesome / Whatever Happened to... Robot Jones? 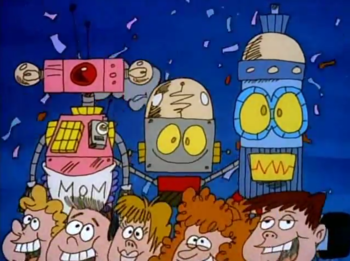 They just blew up the school, and that's why they're cheering for him.