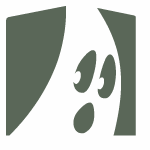 Ghost VFX is a visual effects studio located in Denmark. First established in 1999, the studio has provided animation and effects to dozens of of commercials and several movies. Their major clients are toy company LEGO and fellow effects studios Double Negative VFX and Industrial Light and Magic, but have worked with Sony, Coca Cola, and numerous other companies.

Their site is here

Projects that Ghost has worked on: