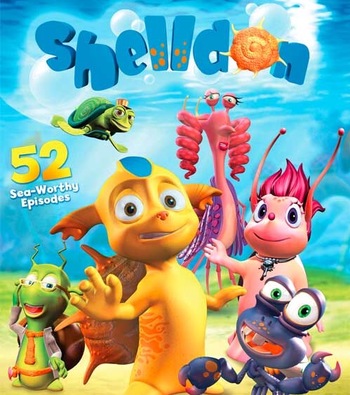 Shelldon is an animated children's television series directed by Dr. Jirayuth Chusanachoti. The series debuted on Qubo in the United States on October 16, 2009.

Shelldon is about Shelldon the snail and his adventures with his friends in Charming Clam Inn.

The first two seasons of the series were released on DVD.