Shout Out / The Simpsons 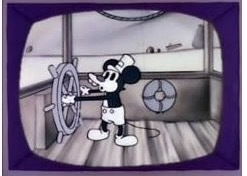 Does this remind you of anything?
Advertisement:
open/close all folders

Simpsons Roasting on an Open Fire

The Call of the Simpsons

Life on the Fast Lane

The Crepes of Wrath

Bart Gets an F

Two Cars in Every Garage and Three Eyes on Every Fish

Bart Gets Hit By A Car

The Way We Was

Homer vs. Lisa & The 8th Commandment

Oh Brother, Where Art Thou?

Bart's Dog Gets an F

The War of the Simpsons

Three Men and A Comic Book

Homer at the Bat

Brother Can You Spare Two Dimes

Marge Gets a Job

New Kid On The Block

Marge vs. the Monorail

Brother from the Same Planet

So It's Come To This: A Simpsons Clip Show.

Marge On the Lam

The Last Temptation of Homer

$pringfield: Or, 'How I Learned to Stop Worrying and Love Legalized Gambling

Bart Gets an Elephant

The Boy Who Knew Too Much

Secrets of a Successful Marriage

A Star is Burns

Two Dozen and One Greyhounds

Who Shot Mr. Burns? (Part One)

Marge Be Not Proud

Scenes from the Class Struggle in Springfield

The Day the Violence Died

Bart On the Road

Much Apu about Nothing

You Only Move Twice

The Homer they Fall

The Twisted World of Marge Simpson

Brother From Another Series

My Sister, My Sitter

Homer vs. The 18th Amendment

The Old Man and the Lisa

In Marge We Trust

The Secret War of Lisa Simpson

The City of New York vs. Homer Simpson

The Principal and the Pauper

All Singing, All Dancing

The Joy of Sect

The Last Temptation of Krust

The Trouble with Trillions

Trash of the Titans

Lard of the Dance

The Wizard of Evergreen Terrace

When You Dish Upon a Star

Lisa Gets an A

Homer to the Max

The Old Man and The "C" Student

Guess Who's Coming To Criticize Dinner

Grift of the Magi

Bart to the Future

Days Of Wine and D'ohses

Kill the Alligator and Run

A Tale of Two Springfields

Day of the Jackanapes

New Kids on the Blecch

Children of a Lesser Clod

A Hunka Hunka Burns In Love

She Of Little Faith

Brawl In the Family

The Bart Wants What It Wants

The Lastest Gun In the West

The Old Man and the Key

Tales from the Public Domain

Blame it On Lisa

I Am Furious (Yellow)

Little Girl In the Big Ten

Poppa's Got a Brand New Badge

How I Spent My Strummer Vacation

The Dad Who Knew Too Little

The Strong Arms of the Ma

I'm Spelling as Fast as I Can

A Star Is Born Again

'Scuse Me While I Miss the Sky

Three Gays of the Condo

The Bart Of War

My Mother The Car Jacker

The Fat & The Furriest

Today I Am a Clown

Diatribe of a Mad Housewife

The Ziff Who Came to Dinner

Catch 'Em If You Can

The Way We Weren't

Sleeping With the Enemy

She Used to be My Girl

There's Something About Marrying

On a Clear Day, I Can't See My Sister

A Star is Torn

Home Away from Homer

The Father, the Son and the Holy Guest Star

Bonfire of the Manatees

The Girl Who Slept Too Little

Milhouse of Sand and Fog

Last of the Red Hat Mamas

We're on the Road to D'ohwhere

Homer Simpson, This is Your Wife

The Wettest Stories Ever Told

Girls Just Want to Have Sums

The Mook, the Chef, the Wife and Her Homer

Ice Cream of Margie (with the Light Blue Hair)

The Boys of Bummer

Stop of My Dog Will Shoot

You Kent Always Say What You Want

He Loves to Fly and He D'ohs

The Homer of Seville

I Don't Wanna Know Why The Caged Bird Sings

Funeral For A Fiend:

Eternal Moonshine of the Simpson Mind

Smoke on the Daughter

The Burns & The Bees

How the Test Was Won

In the Name of the Grandfather

The Good, The Sad, & The Druggly

"O Brother, Where Bart Thou?"

"Once Upon a Time in Springfield"

"Postcards from the Wedge"

"The Greatest Story Ever D'ohed"

"The Squirt and the Whale"

"To Surveil with Love"

"The Bob Next Door"

"Lisa Simpson, This Isn't Your Life"

"How Munched is That Birdie in the Window?"

"The Fight Before Christmas"

"The Blue and the Gray"

"Love Is a Many Strangled Thing"

The Real Housewives of Fat Tony"

The Cad and the Hat

Lisa Gets the Blues