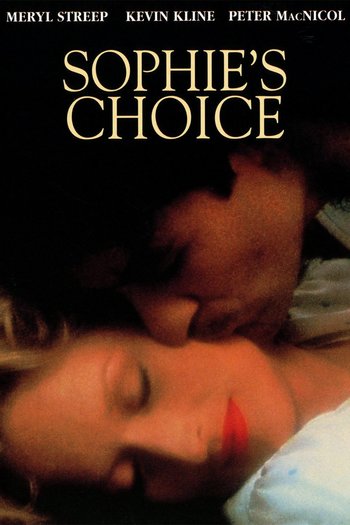 A 1982 drama film adapted from William Styron's 1979 novel of the same name, directed by Alan J. Pakula and starring Meryl Streep in the title role.

Set in 1947, the story follows Stingo, a young writer who has recently moved to Brooklyn to work on a novel. While there, he befriends Sophie Zawistowski, a Polish immigrant, and her somewhat unstable lover, Nathan Landau. As Stingo gets to know Sophie better, she starts to offer him insight into her Dark and Troubled Past, which involves having witnessed The Holocaust very up close and personally. Meanwhile, the already unhinged Nathan starts growing increasingly paranoid and becomes violently jealous of Stingo and Sophie's relationship...