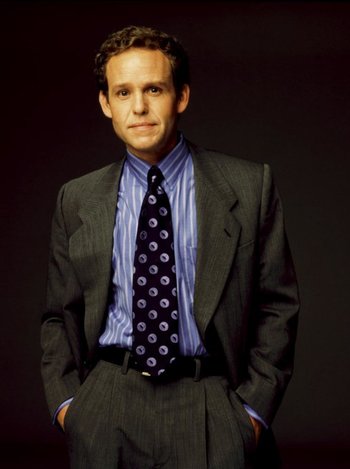 "Acting is about covering up traces of who you are and just being the character. I think it's easier to accept people in roles if you don't know a lot about them."
Advertisement:

He started his acting career in 1978 at the Guthrie Theater, performing for two seasons in productions of Hamlet and The Pretenders before making his New York debut in the play Crimes of the Heart, for which he ultimately won the Theatre World Award. His first film role was in Dragonslayer and eventually came to prominence in television series like Chicago Hope and Ally McBeal. Beyond that, his career has seamlessly spanned a wide variety of roles from horror to drama to comedy.