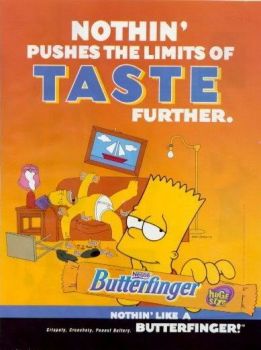 The Simpsons is a very profitable series that has very many advertising campaigns based on it (the majority of which are archived as special features on the season DVD releases).