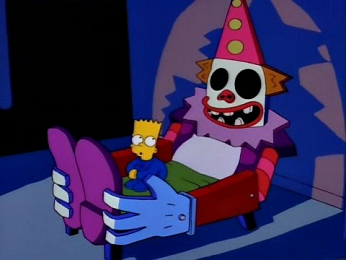 You wouldn't think that a show starring a cartoonish family could be scary enough for its own page, right? Wrong.

Even the couch gags aren't safe from the occasional moments of Nightmare Fuel!