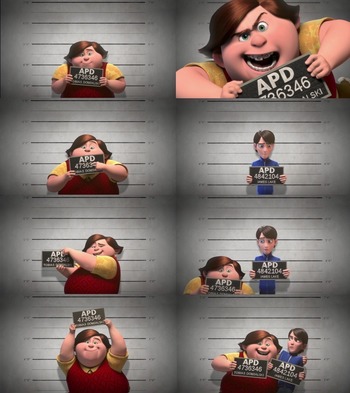 If only vanity was a crime.
Advertisement:

After a person has been arrested, photographs are taken by law enforcement to document the offender's height and physical appearance in case of future wrong-doing. Multiple pictures are taken, showing every side of the perp in montage, showing every distinct mark and inflection they may have.