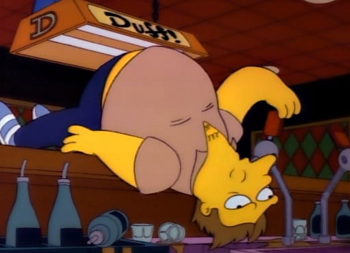 If you played by all the rules here, your heart too would fail in this manner.
Advertisement:

Drinking games for The Simpsons.