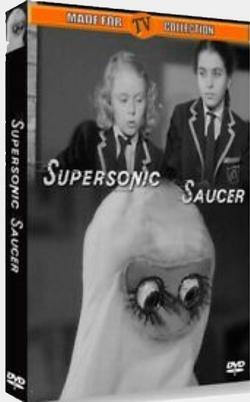 A 1956 British sci-fi directed by Gus Fergusson that has a group of children befriending an alien from Venus and help him against a group of criminals trying to capture him.