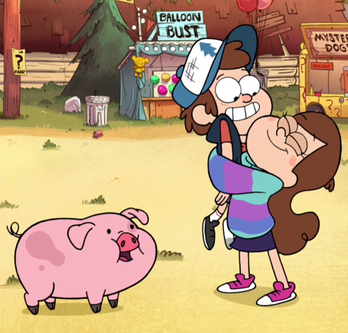 Admit it, you wish you had a sibling relationship like theirs.
There's unmarked spoilers ahead! Readers may become blinded and enchanted from Waddles, and may be susceptible to spitting up glitter and rainbows.
Advertisement: