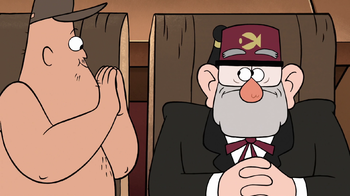 Sure are a lot of stars out tonight...note Well, this is gettin' weird.
Advertisement:

The Author and Bill Cipher