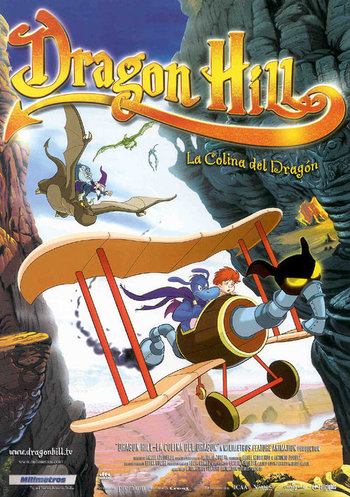 To summarize the plot, there's an isolated place called Dragon Hill that is the home for dragons. There is a woman called Maude who tries to make them technologically advanced, and a wizard called Septimus who was imprisoned there and who wants to escape; to do so he somehow makes a boy called Kevin, who wants to be a knight, end up in Dragon Hill too. It gets confusing from here.