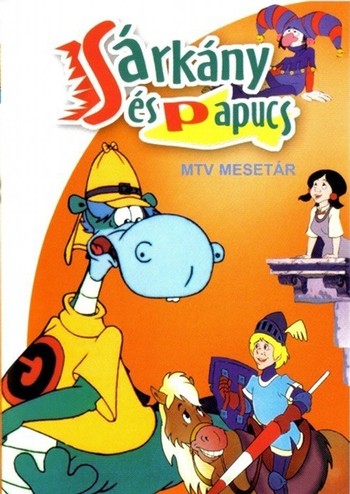 Arthur and Guinevra had been married for seven years, but throught out the years the king completely ignored his beautiful wife, favoring "sportmanship" over wedged life, throwing tourneys for his knights everyday, which are so loud, they're driving the already stressed out queen insane. To regain Arthur's love, she follows the advice of her servant Peggy, and asks for a Love Potion from Merlin, the Druid. He creates one, and gives her the instructions, to cook plum pie/pudding for Arthur, add one drop of the potion to it, and repeat this treatment everyday for one year. Guinevra however pours the entire bottle into the first pudding. To make things worse, Arthur refuses to eat it, because he can't stand plums, and offers it to his favorite knight Lancelot (who also happens to be Peggy's gallant), who becomes completely obsessesed with Guinevra from it.