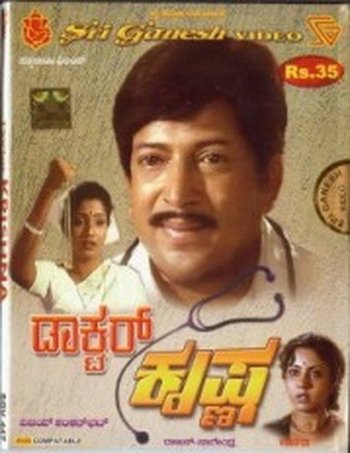 Doctor Krishna is a 1990 Carnatic-language musical drama film, made in Sandalwood. It stars longtime actor Vishnuvardhan as the titular Doctor Krishna, an accomplished physician who returns home to Karnataka from having undergone advanced medical training in the United States. Challenges he faces while at home, include an apathetic greedy medical industry, parents enamoured of a shady priest Haivadan Rai, said priest’s daughter Chanchala being enamoured of him, a drug pusher operating in his vicinity, and his own feelings for a troubled poor young woman in the village he practices in. Soon everything comes to a head.