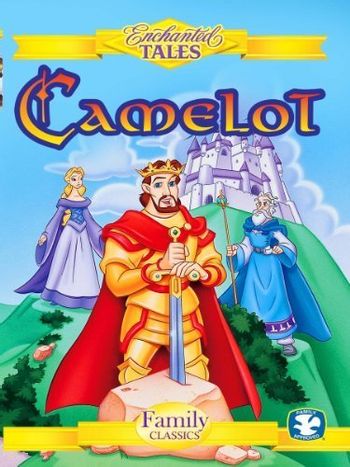 Camelot is Golden Films' version of the Arthurian Legend.

During a war in England, Merlin finds a baby in a burning house. Escaped with the baby in a boat, Merlin returns to Avalon, and asks Vivian the sorceress to help him take care of the baby. They and the rest of the Avalon inhabitants raise the boy, whom they name Arthur, until he is prepared to save England. There, he is trained by Merlin and the people of Avalon, to become a righteous King. When his time goes, he must take out the Sword in the Stone, a powerful sword that would disappear if used with maliciousness.