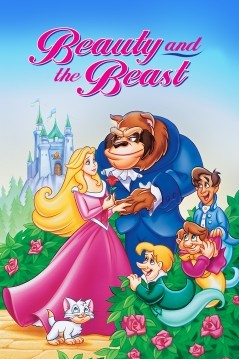 Once again suffering financial troubles, as well as a destroyed garden, an old merchant goes into town to look for gifts for his four daughters (yes, they included a fourth sister). His youngest, Beauty, only asks for a rose, and he once again finds one at the Beast's castle. This time, he's welcomed by three ghosts who feed him and let him rest for the night. But as the merchant is about to go home, he makes the mistake of plucking the rose from the Beast's garden, once again earning his wrath. When the merchant can't bring himself to give the Beast the daughter he did this for, he gets locked up in the dungeon, where Beauty finds him later. She exchanges herself for her father, and he lets him go. They get along relatively well, but after seeing her ill father, Beauty's loyalty to the Beast may once again be put to the test when the Beast lets her visit her family—on the condition that he will die of a broken heart if she stays too long.

Tropes applying to this version of Beauty and the Beast: