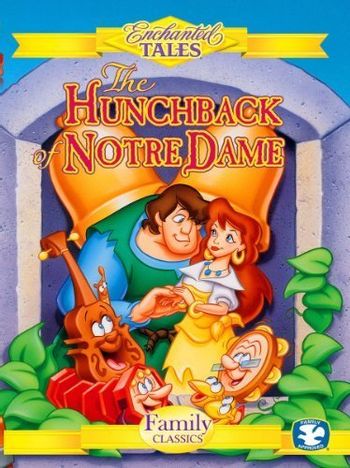 This is the 1996 Golden Films Animated Adaptation of The Hunchback of Notre Dame (the Victor Hugo novel), which strangely was released near the date of the Disney adaptation.

The story is about the hunchback of Notre Dame, Quasimodo, and a Romani girl called Melody. The troubles are caused by Jean Claude, an arrogant, greedy killjoy who wants to stop Melody because he thinks she diminishes the taxes.