Western Animation / The Night Before Christmas 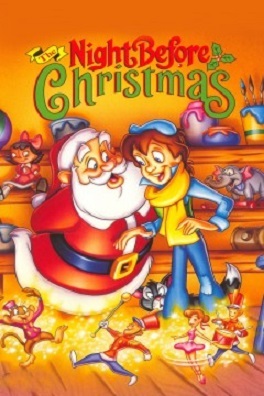 The Night Before Christmas is a 1994 Animated Musical made by Golden Films.

The film is a Christmas Special that tells the story of an kind hearted orphan named Jeffrey who longs for a family. Trying to survive on the icy streets, he manages to find work and a place to stay at a toy factory owned by the miserly Mr. Reeks who pays his workers in potatoes. From then on, every night Jeffrey takes the broken toys from the factory skips and repairs them for the children living in a nearby orphanage. His kindness catches the attention of one of the factory's resident mice, who vows to help Jeffrey find a home.

The Night Before Christmas provides examples of the following tropes: