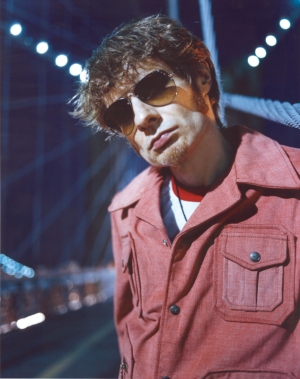 "I'm the cockroach in your tinseltown..."
"Is it too late to trade in my mind?"
— "Kreibabe", from the album Flow
Advertisement:

James George Thirlwell (born 29 January 1960), a.k.a. Clint Ruin, is the main man behind industrial music experiment Foetus and the official maestro of The Venture Bros. Born from the underground "No Wave

" era of the 1980s, Thirlwell is a multi-talented singer, songwriter, producer and instrumentalist whose output has largely been ignored by the mainstream, thus earning him a cult following amongst both old school and new crew hipsters and music aficionados alike. A rock 'n' roll chimera, Thirlwell's musical influences and style runs the gamut from Punk Rock to Noise Rock to Big Band to Jazz to avant-garde symphonies, all of which is reflected in his numerous projects, side-projects, and one-off collaborations. The most persistent include:

And of course, there is The Venture Bros. soundtrack, which arguably infected a whole mess of new listeners with the Foetus pathogen. Aside from his personal work, J. G. Thirlwell has also worked as producer, contributor, and remixer for a number of like-minded artists, such as Nine Inch Nails, The The, Marilyn Manson, Glenn Danzig, Soft Cell, Nick Cave, Lydia Lunch, and the Kronos Quartet.

For more on Big Jim Thirlwell, please visit his website

, which includes his enormous discography

J. G. Thirlwell and his music provides examples of: