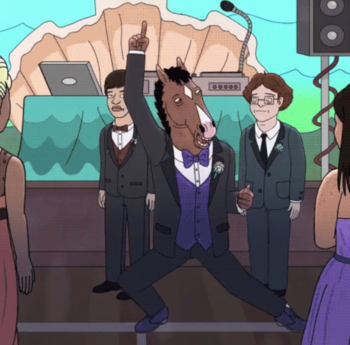 "Now, boys and girls, if you wanna do the BoJack..." note  This song doesn't count as part of the list.

The Bojack Horseman soundtrack includes some songs and tunes that are quite catchy, hilarious, or even awesome.

What Time Is It Right Now

The View from Halfway Down