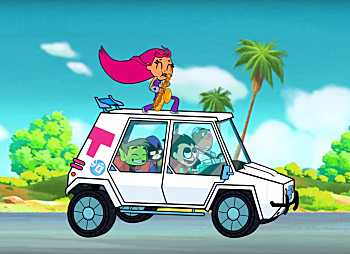 Beast Boy packs away the snacks, while Starfire plays the sax!