Spoilers will be left unmarked. You Have Been Warned! 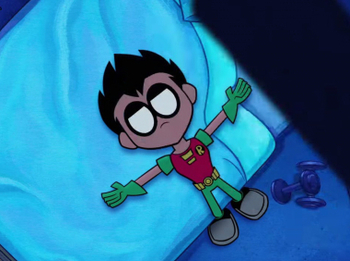 Being a Butt-Monkey isn't fun.
Advertisement:

Unlike the series itself (sometimes), Teen Titans Go! To the Movies has a little more emotion when it comes to its characters.