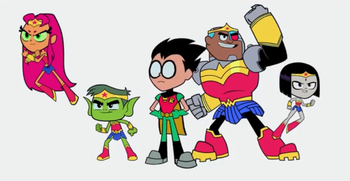 The Titans giving the people

what they want.
Advertisement: 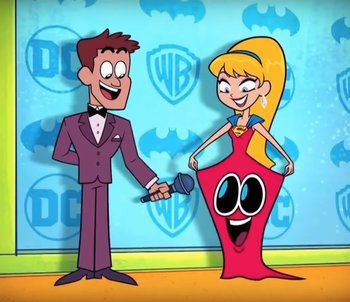 Right now, Plastic Man is the happiest superhero on the planet.