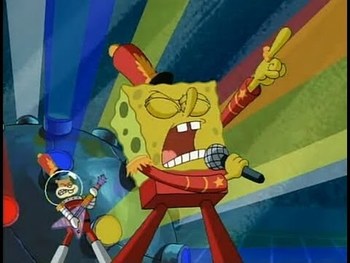 Despite its intended audience of children, the SpongeBob SquarePants franchise has amazing soundtracks to fit the mood.

These SpongeBob works have their own Awesome Music page: