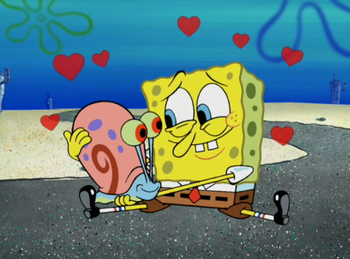 "Now we're together again! No need to be lonely!"
Advertisement:

Examples for the movies can be found here: