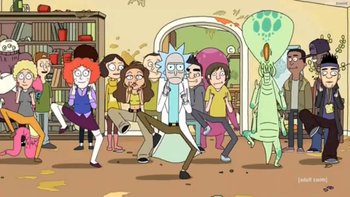 It's the. It's The. It's the Rick Dance
Advertisement:

Rick and Morty has a plethora of good songs, including both original music and pre-existing tracks, to both set the show's darker scenes and make funny scenes funnier.