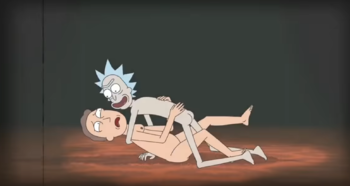 This wouldn't be the first time either of them has had homoerotic feelings.
Advertisement:

Ho Yay in Rick and Morty.