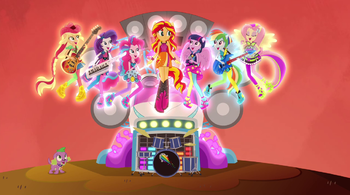 The music of our friendship survives!