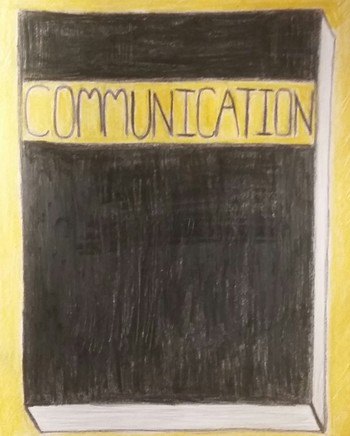 The idea of a Quest is always interesting. Multiple people directing the actions and designs of one entity or group as it strives to fulfill an objective, be it survival, power, love or a multitude of other possibilities.

Having the players speak directly to the Quest's main character is quite unusual, though.

This is the main plot behind Communication, a SpaceBattles.com roleplay where, as indicated, the players interact with the subject of the Quest directly: asking them questions, making suggestions, and sometimes engaging in a little Snark-to-Snark Combat with the poor bugger that got their mind full of an indeterminate number of independent minds, all trying to be as (un)helpful as possible with their ideas and their foreknowledge.

It is mastered by TheCompiler

, and so far there's been three incarnations: 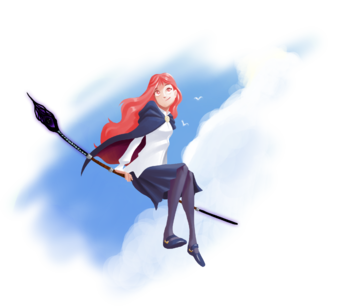 "Foreword.
Henceforth, I shall record the truth I know. All materials in the world are comprised of fine grains. The four branches intervene with these fine grains and apply an influence, which transforms them into spells. This was how “Fire”, “Water”, “Wind” and “Earth” were formed.
The gods bestowed upon me a greater strength. The fine grains, which the four branches hold influence over, are comprised of even finer grains. These grains do not belong to any of the four and instead are the substance of their making. The branch that has been bestowed unto me by the gods wields these finer grains and applies an influence which transforms them into spells.
This hidden nothingness, this so-called zero that the gods have bestowed upon me I hereby name ‘Void’.
The one who is able to read this, will inherit my deeds, thoughts and objectives. They will become the bearer of this power. Be mindful, wielder of this power. For my brethren and I, who have died unfulfilled, you should strive towards retaking the Holy Lands stolen by heathens. Thus, I choose the reader of this book.
Know that I am Brimir Ru Rumiru Yuru Viri Vee Varutori. And by blood and fate I name you my inheritor."