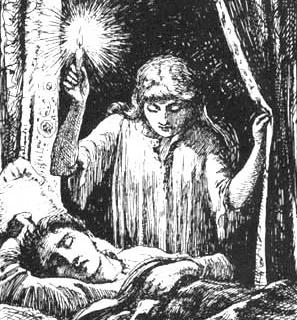 A heroine about to discover one of the commonest fairy tale tropes.
Advertisement:

Surprisingly, fairies in the Winged Humanoid, fluttery sense are absent, as are modern, pointy-eared versions of The Fair Folk. Also, a fair number of tropes that are thought of as "fairy tale" do not actually appear in fairy tales.