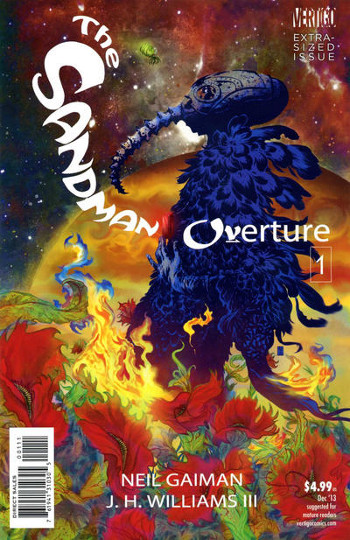 The Sandman: Overture is a six-issue prequel to The Sandman (1989), written by Neil Gaiman and illustrated by J.H. Williams III, which came out from 2013-2015.

It is 1915 and Dream of the Endless has found the errant nightmare called the Corinthian. But something pulls him away at the last moment. Something momentous is happening in the universe, a darkness is forming, and Dream is called to an important meeting...of himselves.

Spoilers beyond this point.