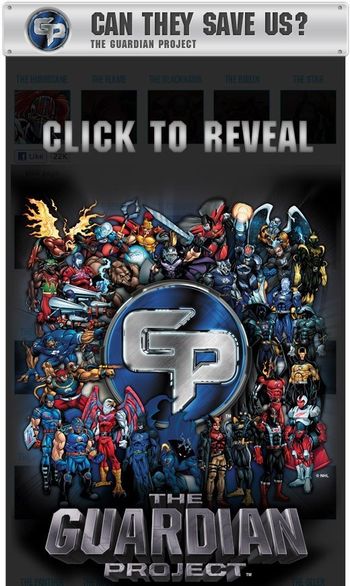 A tell-tale sign that professional hockey is desperate to draw in new fans, The Guardian Project is a collaboration between (get this) the National Hockey League and Stan Lee. Lee has designed 30 superheroes (one for each NHL team). The Guardians were originally a fictional comic book story imagined up by Mike Mason who somehow became real during an explosion at the Dark Laboratories. Mason became the leader of the guardians, and together they battle the evil Deven Dark.

Dark was able to trap 29 of the Guardians at the 2011 NHL All-Star Game in Raleigh, North Carolina. The Hurricane was able to escape the trap, and Mike Mason is currently in the process of freeing the others. So far, the Hurricane, the King, the Bruin, the Capital, the Lightning, the Shark, and the Flame have been freed. It's exactly as weird as it sounds.

, which was taken down but has been archived. A graphic novel has been released and a TV show is planned. Whether or not this will amount to anything, only time can tell, although there's been no activity for several years.