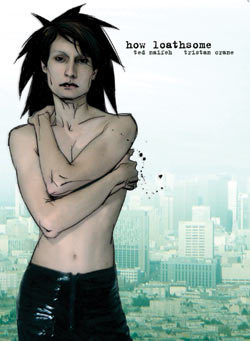 How Loathsome is a comic series by Ted Naifeh and Tristan Crane. It features androgynous Catherine Gore, a heroin addict living in the Bay Area. Also appearing are her drug dealer friend Nick, fellow junkie Alex, and a host of other colorful characters. We see Catherine fall for transgender party girl Chloe, try to kick her habit, and get picked up by an elegant goth couple.

How Loathsome contains examples of the following tropes: