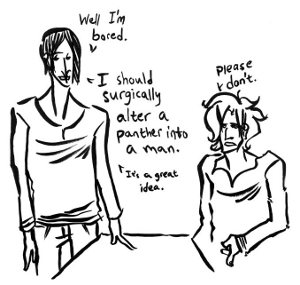 is a Fantasy webcomic which takes place in the world of Faida. An average farmer just wanted to live a peaceful life with his family, but after an encounter with the Sun and a catastrophic accident, he is roped into joining the ranks of the Elementals. The plot revolves around the Faidan gods and their interactions with both their world and each other; it's a serious tale, but one told with plenty of wry humor.

The current comic is a reboot of the original Grayling, which ran from 2002 to 2008. Updates are on Tuesdays and Thursdays, with several issues available in print from Indy Planet

that are ahead of the online schedule.