Podcast / Pokemon: Adventures in the Millennium 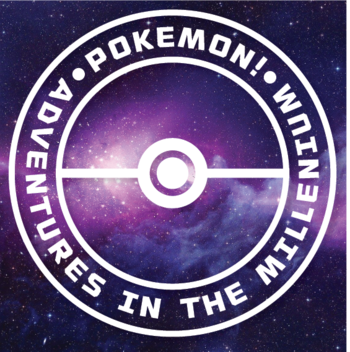 Pokemon: Adventures in the Millennium! is an Actual Play podcast using the Pokemon Tabletop United system and set in the Sinnoh region (albeit incorporating elements and Pokemon from all generations). It is played by real-life friends Ryan Mitchell, Lindsay Mitchell, and Duncan Nicholson, and GMed by Tanner Vogelgesang.

It's been 1000 years since the Sinnoh Region was founded, and while various locales across the region celebrate, three young trainers are beginning their Pokemon journey. Gabriel Charleston (Duncan) came up from Sandgem Town with Clawbert, a Krabby he rescued with the help of his Pokemon Ranger parents. Belle Reed (Lindsay) has journeyed from Kanto in order to escape a dangerous past, finding Myra the Nidoran along the way. And Julian Fowler and his Litten Erik travelled all the way from Alola in order to deal with some family issues in the region.

While all three are strangers, they decide to travel together and become fast friends—just in time for the mysterious Team Astro to begin wrecking havoc.

The show began in July 2018 and posts episodes approximately every other week. It's available on all podcasting platforms, and the show twitter can be found here

This Podcast provides examples of...