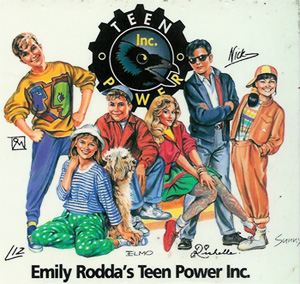 The books follow a group of six broke teenagers who team up to earn money taking local, part-time jobs as a group. These jobs inevitably plunge the teens in the midst of crimes or adventures, and in some ways it is a modern Australian successor to The Famous Five.

The series, originally published in the mid-90s, has been reprinted as Raven Hill Mysteries.