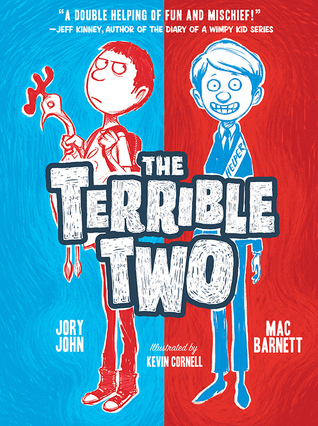 A kid's novel by Jory John and Mac Barnett, published in 2015. The first in a series.

Miles Murphy has just moved to the boring town of Yawnee Valley, known for its many cows. As his old school's most infamous prankster, he looks forward to continuing his pranking at his new school. The problem is, there's already a prankster there.