Literature / The Land of Stories 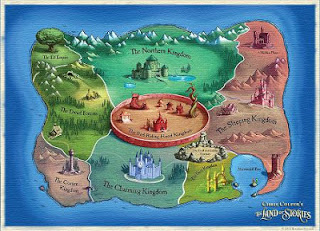 The Land of Stories is described by its author Chris Colfer as a "modern day fairytale," following twins Alex and Conner Bailey as they fall from the real world into a world full of fairytales they have only ever read about before. But after run-ins with trolls, goblins, wolves, and witches, getting home might be more difficult than they thought.

There is also a prequel series titled The Tale Of Magic.