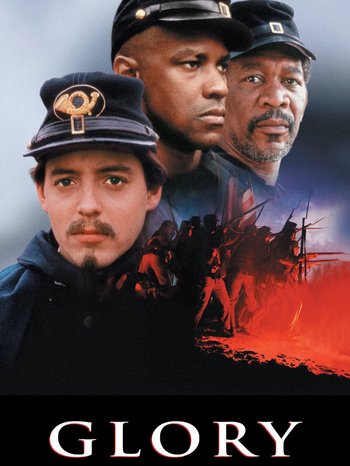 Into the mouth of Hell they charge. Glory the only gain.
"We ran away slaves, we came back fighting men!"
— Sergeant Major Rawlins
Advertisement:

It is based on the true story of the 54th Massachusetts Volunteer Infantry of the Union Army during The American Civil War, as told from the point of view of its commanding officer, Robert Gould Shaw (Broderick). The 54th was one of the first formal units of the U.S. Army to be made up entirely of African-American men (apart from the officers).