Am I ready? I've spent centuries waiting for this. I'm ready for anything.
— Gloriana Demeter 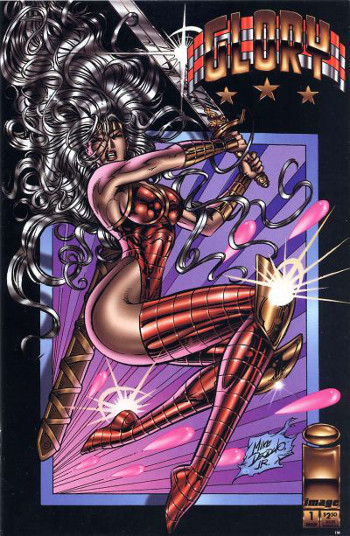 Glory is a superhero that was created by Rob Liefeld for Image Comics in 1993. She first appeared in Youngblood Strikefile #1 and later went on to star in her own series, as well as several crossover mini-series with Avengelyne.

Glory Vol. 1, Rob Liefeld's version, consisted on 21 issues. Although Liefeld created the character, the series was mainly written by Jo Duffy and penciled by Mike Deodato, Jr. In it, Glory was Gloriana Demeter, the daughter of Lady Demeter of the Amazons and Lord Silverfall, a demon of the Underworld. Glory struggled with both her Amazonian side and her Demon side, eventually moving to Earth to fight in World War II along with Supreme.

Even after moving from Image Comics to Awesome Comics, Glory never caught on and was eventually cancelled. Then, in 1999, after Alan Moore was done rebooting Supreme and writing Youngblood: Judgment Day (which erased a lot of the '90s "dark and edginess"), he began writing a reboot of Glory. Now, Glory took on the identity of a human waitress by the name of Gloria West. Unfortunately, only one issue (#0) was published before Awesome Comics shut down. Two more issues were published by Avatar Press in 2001 under the name Alan Moore's Glory.

And that was pretty much the end of Glory until 2012 when Joe Keatinge and Sophie Campbell took everything that had come before and remade it.

Gloriana Demeter is the daughter of Lady Demeter and Lord Silverfell, two members of an alien race so old that they inspired the myths of angels and demons. Gloriana was born to be the peacemaker between them and, if need to be, to kill if one of them got out of line (this was usually Lord Silverfell, who tried to kill Glory and her mother during most of her childhood). However, Glory got tired of being simply a tool, so she moved to Earth.

That was nearly a hundred years ago. Now, Glory has been missing for a long time. Now, a young woman named Riley Barnes, who has been having dreams of Glory since childhood, has gone looking for her. Finally, with the help of a woman named Gloria West, she finds Glory...who has been beaten within an inch of her life. Gloria tells her that something really, really bad did this to her...and they're coming back. 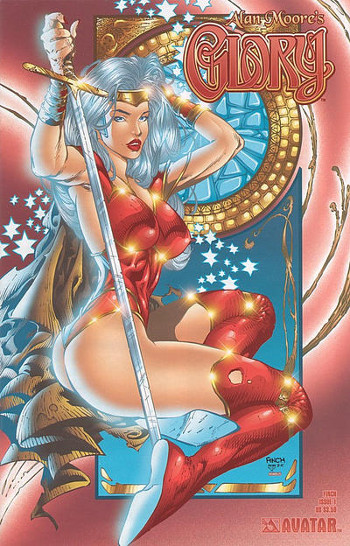 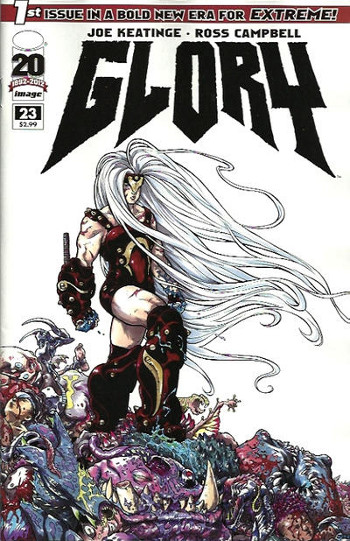