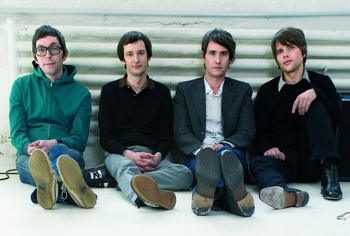 Tocotronic are a German indie rock band from Germany and were part of the 90s Hamburg indie scene ("Hamburger Schule"). They are one of the most successful bands of that scene and are frequently named alongside with Blumfeld and Die Sterne.

There were somewhat of an underground sensation in their early years and mesmerized the Hamburg audience with substandard instrument skills yet memorable lyrics, catchy songwriting and stage charisma. Since their foundation in 1993, they progressed from a Dinosaur Jr.-inspired band towards more professional music recording.