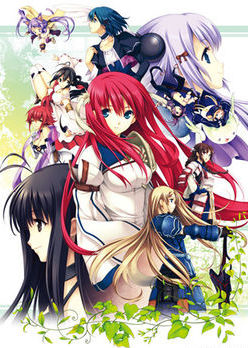 The main character, Setoki Nozomu, is an Ordinary High-School Student. Until one day, whilst helping out with preparations for the School Festival, the school, Mononobe Academy, comes under attack by a mysterious army of sword-wielding women, later identified as Minions. As it turns out, Nozomu is the incarnation of Jirol, the God of Destruction. He awakens to his powers during the battle, materializes his Shinken (Divine Sword) and does battle with the Minions. During the battle, his classmate and childhood friend also awakens to her powers, but it goes out of control and the entire school and the people within it are transported to another world. In their efforts to return to the "Original World", Nozomu and the others travel to many different worlds, meeting many different people.