Video Game / Pirates of the Carribbean: The Legend of Jack Sparrow 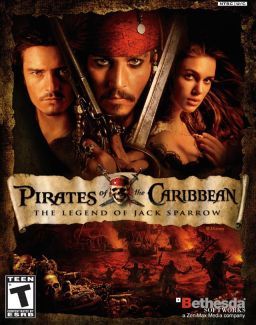 Jack and Will infiltrate a Portuguese fortress in Panama in order to steal a golden skull, only to be betrayed by their accomplishes and left to be arrested by the Portuguese authorities. When they're about to be hanged, Jack asks to be allowed to tell a story about his exploits, starting from Barbossa's attack on Port Royal to the final battle on Isla de Muerta.